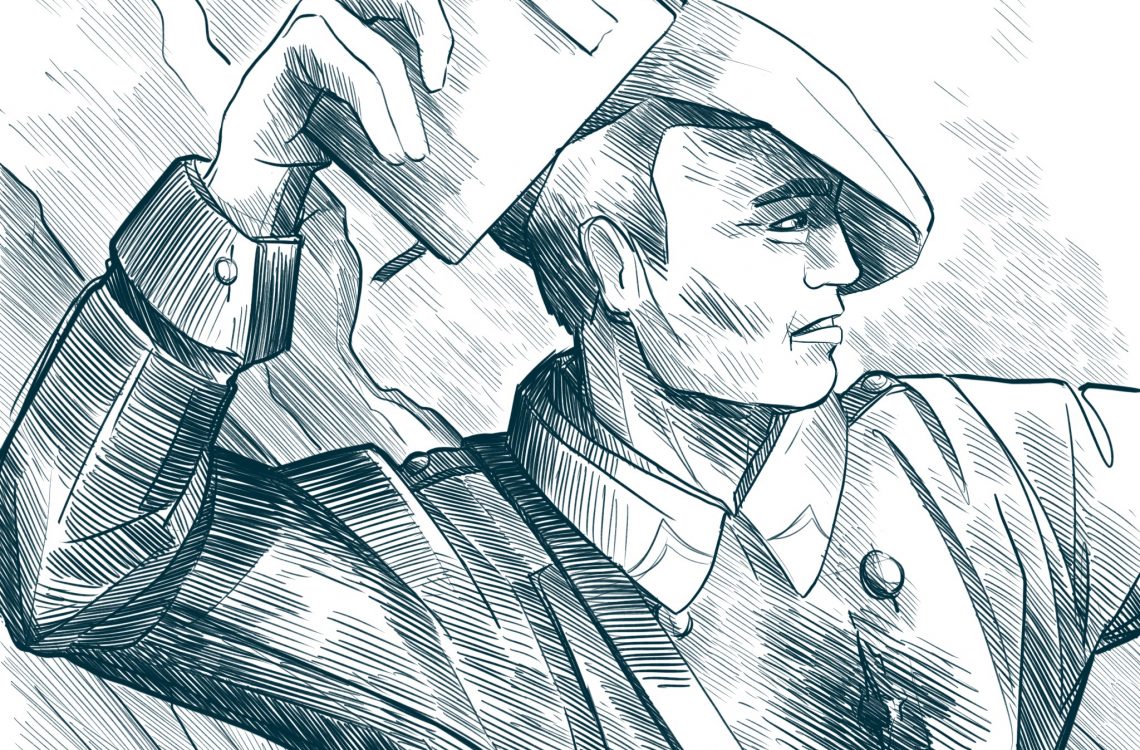 In Honour of France and her Alpine Troops

Abel Chabal is on his feet, ready: it has been more than three-months since he joined the minions of his unit, the 6th Battalion of the Alpine Troops, in the maquis of the Vercors. His former leader, Battalion Chief de Reyniès, made a clear statement, when the battalion was disbanded on 29  November 1942: “the fight must continue”.

Here he is, firmly installed on the Valchevrière Belvedere. He, like his comrades in the 6th BCA, spared no effort to incorporate the massive influx of civilians. It was difficult to train men at such short notice, but the hope raised by the Normandy landings was irresistible. 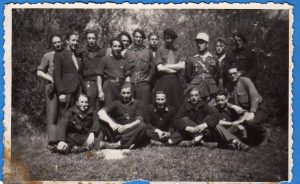 A soldier by trade and originally from the Hautes-Alpes, Abel is well-versed in mountain fighting. Is he more mountain-man than soldier or more soldier than mountain-man? Impossible to say, as these two aspects of him are inseparable.

The German troops are approaching… above all keep calm, do the same as during practice and set an example. This is his role as leader. The eighty-three members of his platoon have absolute confidence in him. The fighting begins, and is already out of balance, with the resistance fighters up against the “Gebirgsjäger“, or mountain soldiers, who Since 1939 have fought in all the mountain ranges of Europe and are equipped with mortar weapons.

The ardour of the resistance fighters and their knowledge of the terrainis in their favour. The German assaults follow one after the other and fail, but at the cost of many French lives. The Lieutenant can relax, the day was tough but they managed to contain the Germans. He knows that the next day will be decisive.

The last few weeks have shown the hope that burns in the 4,000 pioneer and volunteer fighters of the Vercors. Yves Farge, appointed Commissioner of the Republic by General de Gaulle, came during a takeover on 3 July 1944, to proclaim the Vercors a “Free Republic”.

The next morning, on 23 July, the assault is more violent and more organised, with the Resistance fighting hand-to-hand, but giving ground. Chabal organises the withdrawal and the Germans continue to advance. The end has come. Chabal keeps his cool, he saves his cartridges, his pipe doesn’t leave his mouth. He shoulders his rifle and shoots. He doesn’t stop shooting. The noose tightens and he sends a message to Captain Goderville (the writer Jean Prevost):

“I am almost completely surrounded. We are getting ready for ‘Sidi-Brahim’. Long live France!”

In soldiers speak “to prepare for Sidi-Brahim” means to fight to the last man, to the death.

Suddenly, a bullet hits him, he falls. He gets up and shoots again. Another bullet hits him. Then, with one last effort before he dies, he throws his notebook, containing the names of all his soldiers, into the void…

to save his soldiers from the hands of the enemy.

To find out more about the maquis of the Vercors visit: https://www.vercors-resistance.fr/