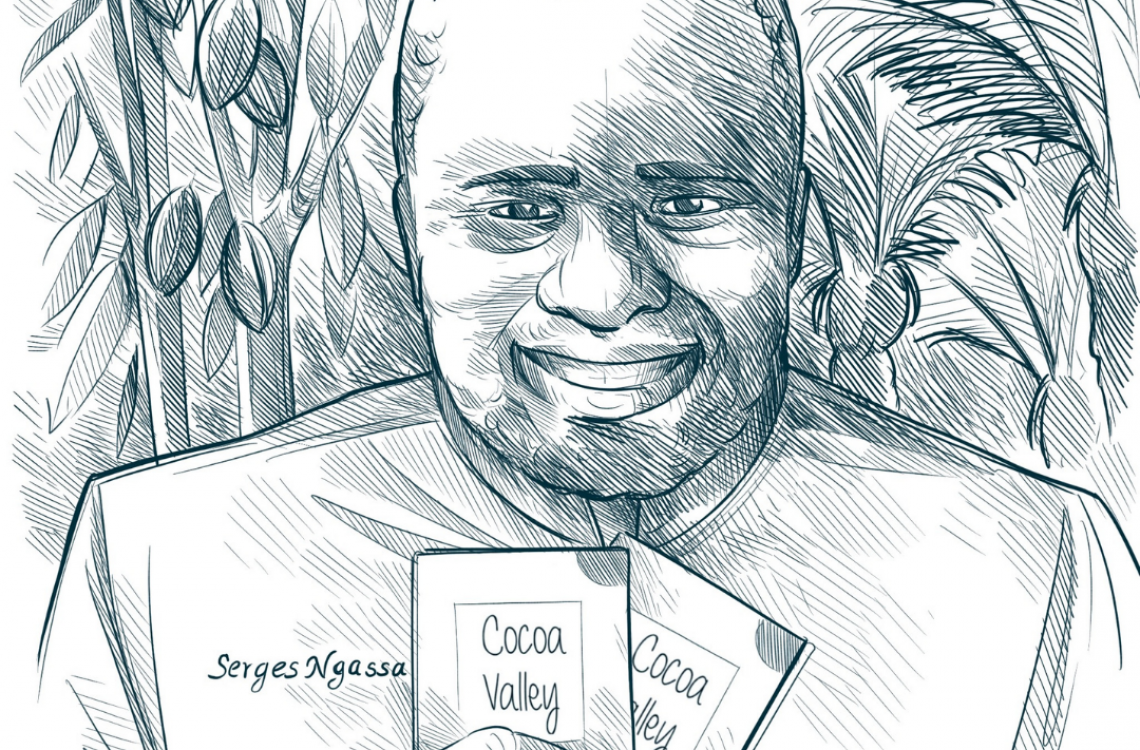 Riskers is delighted to dedicate this article to SERGES NGASSA, a farmer and chocolate maker of Cameroonian origin, based in Annecy. He created, with his wife, the company Cocoa Valley which proposes high quality chocolates entirely made in-house thanks to his cocoa plantation in Cameroon.

Could you tell us a few words about yourself. How did you get here?

Serges Ngassa: I am originally from Cameroon. I started there with a career as a cook. Then I exchanged my chef’s hat for a position as a logistician in construction at Doctors Without Borders. Always in Cameroon.  Then, over the years, I became a communications and fundraising manager for Doctor Without Borders in Geneva. My career in this NGO lasted 11 years. Then, I created a plantation in 2010, and in 2018, I created Cocoa Valley.

What was your trigger and why did you choose to do what you do today?

Serges Ngassa: What pushed me to join Doctors Without Borders in the first place was that Cameroon at the time was in a cholera situation. I realized that it was not normal for aid to come from elsewhere. I asked myself how I could help my country. I also followed this principle when I created the plantation. The objective was initially linked to sustainable development. But it is mainly related to limiting the rural exodus that strikes Cameroon by creating jobs. In my country, young people leave to live in Douala for lack of professional opportunities and aid as we can benefit from it in Europe. And very often, shanty towns are formed around the city. So I preferred to give a hand by offering stable jobs rather than just providing financial support. By doing this, people can have the pride of earning money with dignity to support their families. We started with 23 people very quickly joined by many others including two engineers who still accompany me today.

In 2016, after our first harvest, we were faced with the complexity of the international market. This difficulty led us to reinvent ourselves. For 5 years, we could not sell our beans at 2.20 euros as we had planned. We could not pay our employees or our expenses. The question then arose of selling everything.  My wife had the strength to push me and together we refused this solution. We gathered our employees and explained the situation to them. We asked them for their opinion on what could be put in place to make the project succeed. We also told them that we needed them to make it work. They agreed not to be paid for 6 months to allow Cocoa Valley to be born. I am grateful to them because if they had not made that sacrifice, I would never have had the funds to start Cocoa Valley. Instead, we provided them with a small garden where they could help themselves to free fruits and vegetables during this period. We then launched a crowdfunding campaign. All of our humanitarian friends participated in the launch of Cocoa Valley, including Doctors Without Borders, who also offered me a training course in chocolate making in Italy.

What do you remember from your experience with Doctors Without Borders?

Serges Ngassa: To begin with, I chose Doctors Without Borders because of the ability to intervene in global disasters and the challenge of quickly building effective hospital structures to treat people. Moreover, this NGO not only provides continuous training but also great humanitarian aid for the people living on the spot. Physical and psychological help. This is very rare outside Europe.

As an entrepreneur, what are your daily challenges?

Serges Ngassa: I face many challenges, including the health crisis like we all do !  But that is the nature of being an entrepreneur. We must not give up. This is what makes us get up in the morning or we wouldn’t be in this business. You have to have a lot of guts.

What do you think is the definition of “taking a risk”? What is the biggest risk you have taken?

Serges Ngassa: In fact, my life is a universe of risks. I took the risk of starting this plantation without knowing where I was going. Being the son of a farmer, I saw my ancestors and my parents lose everything and sell everything because of the international market. So I knew this problem well, but it did not stop me from starting the cocoa business. I also left a job that offered me a very good salary. Starting a business meant the possibility of not being able to pay myself a salary for two years. Working with Doctors Without Borders was also a risk because we were dealing with conflict situations.

But I like to think that if I didn’t have all these difficulties, challenges and risks my life would be bland. I have a taste for risk. You have to go for it and have the passion to do what you do!

The taste for risk has triggered more things today than I had anticipated at the beginning.

What are the future plans for your plantation and for Cocoa Valley?

Serges Ngassa: We wanted to get organic certification this year. We reached that goal. Next year, we would like to see the crisis pass so that we can develop Cocoa Valley by following our momentum. We have evolved a lot in 2 years despite the health crisis. So who knows where we would be if it had not happened!

What is the aspect of Riskers that inspires you the most?

Serges Ngassa: Courage and selflessness. And of course risk. Without these elements, you cannot do much, you cannot advance. These are the values that carry a man and build who we are.

What is your favorite watch?

Serges Ngassa: Without hesitation the Chapter 3. I really like its blue dial which gives it a lot of character and makes it unique.

Which ambassador do you feel closest to?

Serges Ngassa: Pierre Muller, my favorite watch ambassador. I identify a lot with him because of my experience with Doctors Without Borders

Quoted in this article 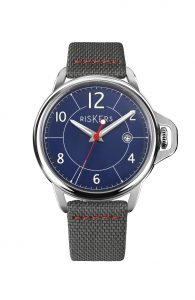