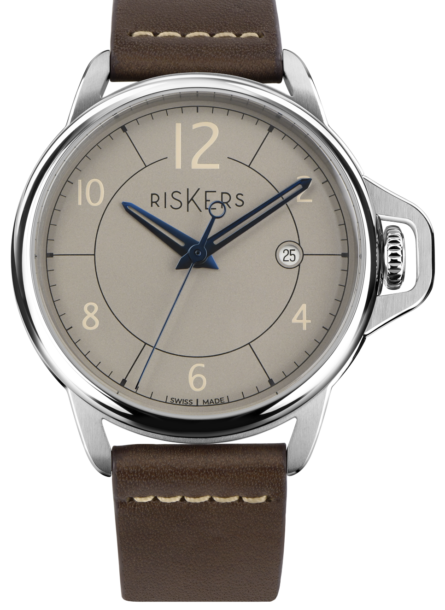 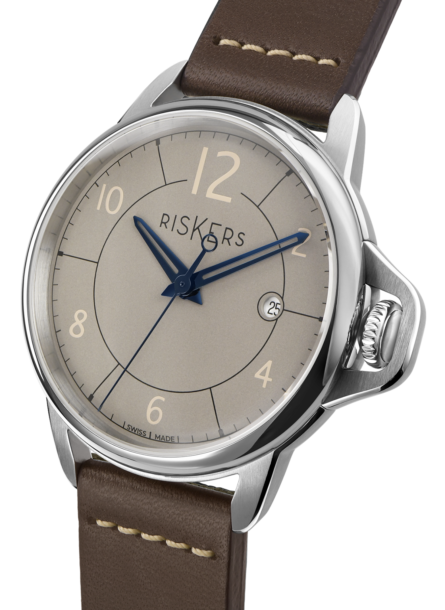 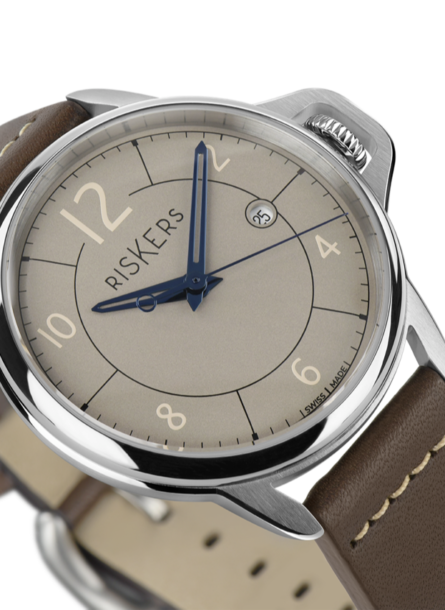 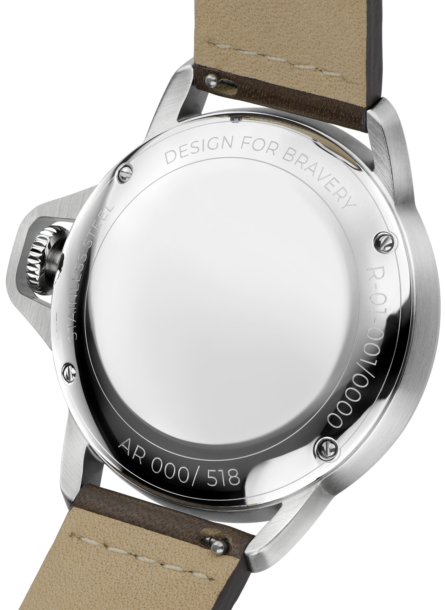 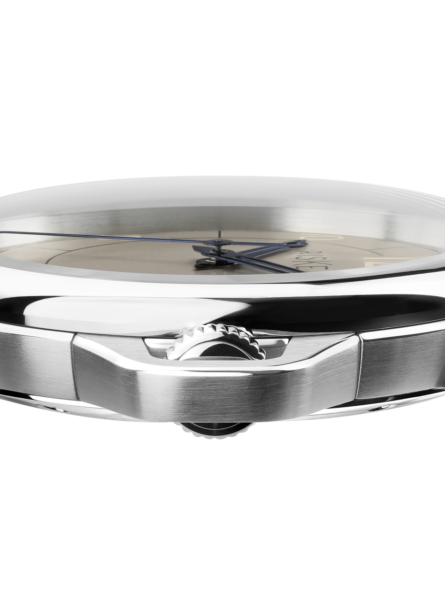 This model takes us back to the beginning…to the trenches. It has vintage accents while still remaining resolutely modern. The past is only subtly evoked by the eggshell indexes and the taupe background.

This is a self-winding watch, paying tribute to an extraordinary man: Albert Roche. His initials are inscribed on the bottom of the case, along with the limited edition number.

None more anonymous than this man. Coming from a family of farmers in the Drôme and considered «too weak» to be mobilized, he didn’t give up. «Bad soldiers are sent up there, and I want to go where the fight is». Albert Roche was sent to the 27th Battalion of the «Alpine Chasseurs» and was to accomplish the unimaginable. Injured nine times, he single-handedly captured 1180 prisoners; stopped an enemy assault, also on his own; escaped with his lieutenant, saved the life of his captain… At the end of the conflict, aged just 23, he was still a first-class soldier. 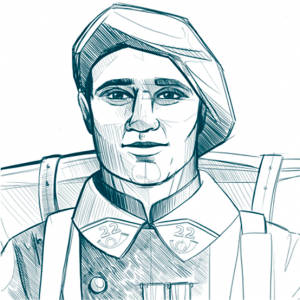 In November 1918, the war ended. In Strasbourg, in the Place de l’Hôtel de Ville, General Foch asked for silence and described our hero in these terms: «Let me present Albert Roche, he is the best soldier in France».

In 1920, he was one of seven soldiers who escorted the Unknown Soldier to the Arc de Triomphe.

«L’Œuvre nationale du Bleuet de France» is a recognized public service association, which since 1991 is under the authority of the «Office National des Anciens Combattants et Victimes de Guerre» (The National Office of Veterans and War Victims). Its role is to raise funds to finance social work that helps veterans, war widows, wards of the State, soldiers wounded in peacekeeping operations and victims of terrorism.

«Bleuet de France» also supports soldiers currently deployed in military operations: they participated in the initiative «Christmas parcels for soldiers in Opex» and they also takes part in remembrance activities for school children by contributing financially to trips to war memorials.

BE PART OF THE TEAM
& GET ALL THE UPCOMING NEWS
We use cookies to ensure that we give you the best experience on our website. If you continue to use this site we will assume that you are happy with it.Ok